/*************************************************/
Elizabeth stumbled upon a very interesting story while surfing Facebook.  This story truly does address just how easily a country's citizens can be 'taken in' by the promises of safety, security, and comfort.  Read the story in its entirety as the 'punch line' is well worth the read.  I have attached a photo of Granny at the bottom of this Newsletter.
/*************************************************/
On Aug 21, 2020, at 8:54 PM, Elizabeth wrote:
By Stacey Schaal Shuman
September 12, 2017
When I was a HS sophomore – decades ago! – my World History teacher was Mrs. Holloway, but we all called her Granny Holloway. She was a slight woman, scarcely 5 feet tall, seemingly fragile, but full of vim and vinegar….you know the type. She could speak for hours about the Fall of the Roman Empire, the Inquisition, the Industrial Revolution, and the World Wars. She never sat while she lectured, never stood at a lectern, but moved around the room making eye contact with all of her students. She was demanding too, and I can't remember how many papers were sent back to me because she would note "you can do better than this, Miss Schaal."
One day during class, an office aid interrupted her lecture to hand her a note. She read it silently, apologized, and said she needed to leave the room. We knew it had to be important because Granny Holloway stopped lectures for no one.
We sat in the room talking to one another when the door opened, and in walked Mrs. Abels, another teacher in our HS. She explained to us that Granny had been faced with an emergency, a serious one, and it was questionable if she would even be returning to finish out the semester. We were stunned. Would we get a chance to tell her goodbye? Would we get updates, so we would know she was ok? Mrs. Abels assured us that we need not worry, that Granny was safe but needed time away, and that the best thing we could do for her, and the best way we could show our devotion to her, was to be cooperative with her replacement. Mrs. Abels confirmed that she had been asked and had agreed to step in as Granny's replacement.
Cheer up, she told us, this could be a good thing. Other teachers still believed in endless homework and projects with deadlines and hard work. She would not bring that into our class. She believed in clean slates. If there were grades that we did not like, she could give us a chance to bring them up. She asked us what suggestions we had to make the semester a better learning experience. Someone mentioned that lectures were boring and we wanted more films. Done, she said. Someone else mentioned that a free day now and then would help us if we needed to catch up on work in other classes. She didn't see a problem with that. She asked us how we felt about an end-of-semester party. Um, yeah, sounded very good to us. And on and on. Mrs. Abels listened intently and agreed to all of our suggestions, continually emphasizing that her concern was that we have a good learning experience and enjoy the semester. She also reminded us that we were lucky to not be sent out to other classes where we would be working to catch up, and that of course this was all for Granny.
Near the end of the period, shortly before the bell rang, the door opened and Granny sauntered in with her usual Granny Holloway attitude. "How did they do?," she asked. "Marvelous," said Mrs. Abels. "They were completely in my hands."
Granny then faced us and said "And that, my students, is how a dictator takes over a nation. Not with guns or tanks or laws or mandates. They do it using a poster child and promises and gifts and protection from an enemy."
I can't remember a lesson all through 12 years of public school that made such an impression on me, and has stayed with me.
Elizabeth
Light is sown like seed for the righteous and gladness for the upright in heart Psalm 97:11
/*************************************************/
Bob e-mailed to me the entire list of President Trump's accomplishments over the past 4 years.  Promises made and promises kept.  Pretty darn impressive if you ask me… and definitely a track record that I would like to see repeated.  Compare this with Joe Biden's 47 years of following the herd and you should be able to convince even a die-hard Democrat that President Trump should be re-elected.
/*************************************************/
On Aug 24, 2020, at 12:50 PM, Bob wrote:
The Trump campaign has released his second term agenda
JOBS

END OUR RELIANCE ON CHINA

INNOVATE FOR THE FUTURE

Launch Space Force, Establish Permanent Manned Presence on The Moon and Send the First Manned Mission to Mars
Build the World's Greatest Infrastructure System
Win the Race to 5G and Establish a National High-Speed Wireless Internet Network
Continue to Lead the World in Access to the Cleanest Drinking Water and Cleanest Air
Partner with Other Nations to Clean Up our Planet's Oceans 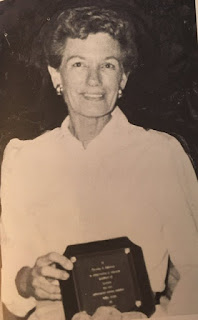