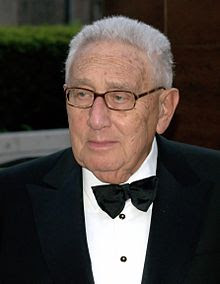 Henry Kissinger, The most USSOS since 1965, and political authority.

GREAT ORATORS OF THE DEMOCRAT PARTY.......This is so true...

GREAT ORATORS of the Democrat Party –from the distant     past:

"The only thing we have to fear is fear itself."       ~Franklin D. Roosevelt
"The buck stops here."       ~Harry S. Truman
"Ask not what your country can do for you; ask what you can do for your country."     ~John F. Kennedy
But wait ....There are more Great orators of the Democrat Party –MORE   RECENT GEMS of wisdom:
"It depends what your definition of 'is' is?''     ~William Jefferson Clinton
"Those rumors are false. I believe in the sanctity of marriage"    ~John Edwards
"Gorsuch isn't fit to serve because he uses law and not emotions."   ~Kamala Harris
"What difference does it make?" (re: Benghazi)    ~Hillary Clinton
"I invented the Internet."    ~   Al Gore
"America is, is no longer, uh, what it, uh, could be, uh, what it was once was,   uh, and I say to myself, uh, I don't want that future, uh, for my children."    ~Barack Obama
"I have campaigned in all 57 states."     ~Barack Obama   (Quoted in 2008)
"You don't need God anymore; you have us Democrats."    ~   Nancy Pelosi   (Quoted in 2006)
"Paying taxes is voluntary."    ~Sen. Harry Reid
"Homicide is the leading cause of murder."  ~Rep. Sheila Jackson
"No ordinary American cares about Constitutional rights."  ~Joe Biden
"Having an abortion is no different than having one's tonsils removed."  ~Elizabeth Warren
"Owning guns is not a right.  If it were a right, it would be in the Constitution." ~Alexandria Ocasio Cortez (2018)
"Bill is the greatest husband and father I know. No one is more faithful,   true, and honest than he is."    ~Hillary Rodham-Clinton (Quoted in 1998)
"You have a business, you didn't build that. Someone else did!"    ~Barack Obama (Quoted in 2012)
"Social Security has nothing to do with the deficit."   ~Bernie Sanders
And the most ridiculous gem of wisdom, from the       "Mother Superior of STUPID": "We just have to pass Obama's Healthcare Bill to see what's in it."     ~Nancy Pelosi  (Quoted March in 2010)    (As one Doctor said:  "That is also the perfect definition of a stool sample.")
Beyond a doubt, the greatest statement of all was made by the Democrat House Speaker   at the first Congressional session after Ted Kennedy was caught, on  camera, having sex with one of his aides on the deck of his yacht  ….
"Ah see that the good Senatuh from the great state of Massutwoshits has changed his position on off-shore drillin'."   ~ Sam Rayburn
AND THE LATEST FROM THIS DYSFUNCTIONAL, STUPID  BUNCH IS…….
"My fear is if North Korea nukes us, Trump is gonna get us into a war."     ~ Maxine Waters.....2017
"We are all born ignorant, but one must work very hard to remain STUPID!"  ~Benjamin Franklin~ (1706-1790)
I am adding Nancy Pelosi's most recent quote:
"You need to vote for the Democrats otherwise the illegal aliens will lose their rights"! ~ Nancy Pelosi......2019
What planet is she from exactly?

The district:
With the Democratic Primary Debate taking place in Westerville, Ohio tonight, we decided to take a look at Ohio's 12th Congressional District -- one of the most gerrymandered districts in the country.

How is it gerrymandered?
This district cracks apart left-leaning central Columbus neighborhoods to purposefully include them in a district that spans across four partial and two whole counties -- most of which are rural and conservative. In 2008, President Obama won this district with a margin of 53% to 46%. During the 2011 redistricting process, the district was then gerrymandered to become a Republican stronghold -- in fact, with the new manipulated maps, President Obama would have lost that district in 2008 45% to 54% according to analysis by Daily Kos.

With the #DemDebate in Ohio tonight, we have an opportunity to put the spotlight on how this district was rigged by map manipulators. Adopt Ohio's 12th District with a small monthly donation to help All On the Line push for fair districts in Ohio and states across the nation.

So who represents OH-12?
That would be a man named Troy Balderson. From pledging to repeal Obamacare to receiving an A rating from the NRA, he's embraced conservative stances that are out of sync with Ohio's voters.

What can we do?
Fix gerrymandering. In 2018, Republicans only won 52% of votes but secured 75% of the congressional districts -- thanks to Republicans controlling the political mapmaking process. But we have the chance to make sure map manipulators do not rig the maps against progress for the next decade. Last year, Ohio voters overwhelmingly supported a ballot initiative for a bipartisan redistricting process -- but it will take a strong grassroots effort to ensure the 2021 redistricting cycle yields fair maps.

All On the Line is committed to building a strong grassroots movement for fair maps in states like Ohio. While the Democratic candidates for president take the stage in Westerville, take a stand against partisan gerrymandering by adopting Ohio's 12th District with a small monthly contribution.

If you've saved your payment information with ActBlue Express, your donation will go through immediately.

Thanks,
Team All On The Line

All On The Line is the grassroots advocacy campaign supported by the National Redistricting Action Fund.

Will you take our pre-debate survey before Monday?