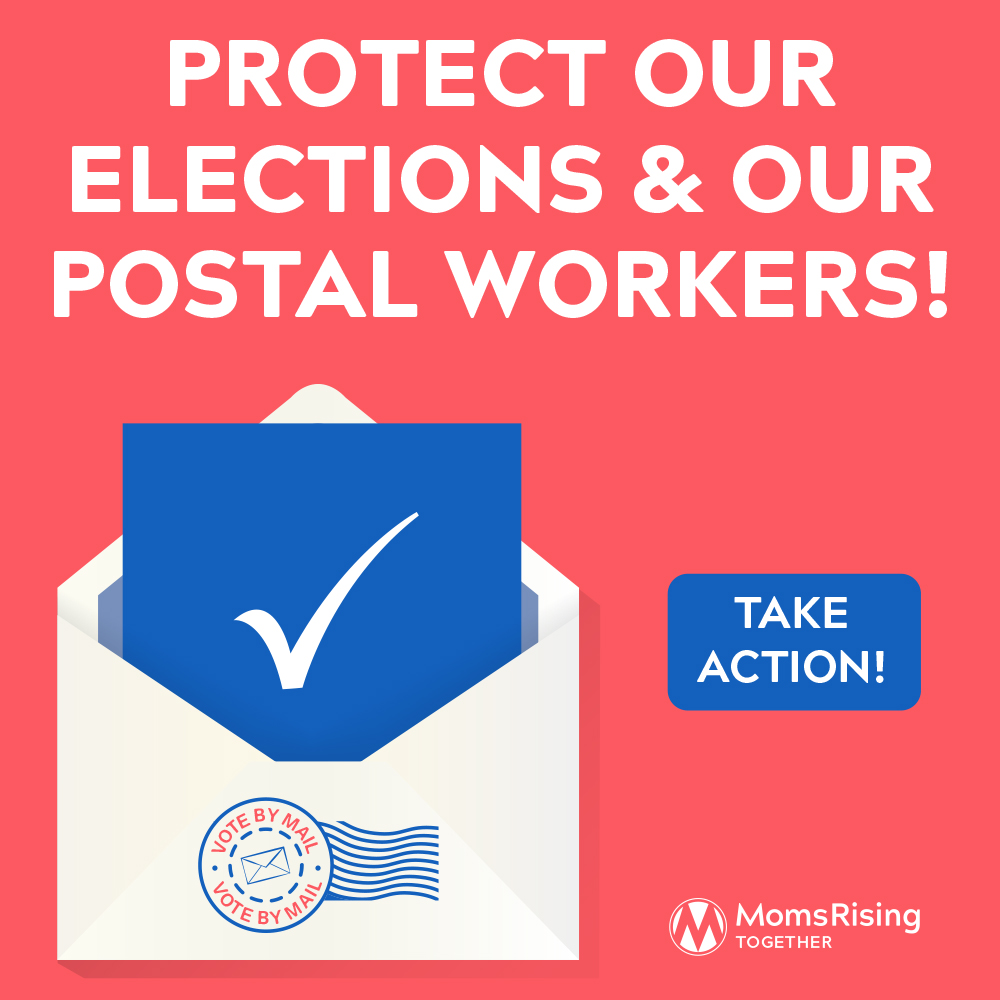 Blink. "Did that really just happen?" "Are people now supposed to risk their lives during a pandemic to stand in crowded lines to vote?"

Last week, voters in Wisconsin had to risk their lives to go out and cast a ballot in person, which was not okay! [1] The COVID-19 pandemic and the 2020 election make it clear that now more than ever we need to be able to mail in our ballots. But rather than help make that possible, horrifyingly, the Trump Administration is refusing to fund the U.S. Postal Service (USPS) as it too struggles to weather the impacts of the pandemic -- and the USPS is now in danger of going under right when we need it most. [2] This is a giant blow to our democracy, businesses, economy, and communities.

There's no time to waste! Your voice, power, help, and hope is needed.

*Join us in calling on Congress and the White House to save our democracy and our health by: Saving the U.S. Postal Service; advancing a national vote-by-mail option; guaranteeing online/same-day voter registration; expanding early voting; and providing additional voting facilities.

We're in this together, and together we will defend our democracy and rebuild our communities to be better.

We know President Trump's failure to protect our postal system and our ability to vote during a pandemic is part of a broader pattern of massive failures to address the threat of the coronavirus. Below are just a few examples from Trump's long list of failures during this pandemic:

Why this list? We need to remember Trump's failures so we know exactly who put our families and economy at risk. The U.S. is currently the country hardest hit by the coronavirus pandemic in no small part because of this list of failures. [16] This could have been prevented if we had a leader who put the health and well-being of our families first, instead of petty politics and denial.

We also need to remember these failures so they aren't repeated in the future.

→ Help make sure that a failure to protect our postal service and our ability to vote in November aren't on the next list of President Trump's failures.

*Join us in calling on Congress and the White House to save our democracy and our health by: Saving the U.S. Postal Service; advancing a national vote-by-mail option; guaranteeing online/same-day voter registration; expanding early voting; and providing additional voting facilities.

The answer to the question of "Did that really just happen?" is too often a sad "Yes" these days, but together we can be present and powerful in this moment as we also work to build a better tomorrow.

Sending virtual hugs to you all, wishes for good health to you and your families -- and enormous gratitude for all you are doing to help protect our communities!

Paid for by MomsRising Together, not authorized by any candidate or candidate's committee.